If you’re like me, you want to be able to walk out your door and have nutrient-dense, crisp, delicious food just waiting to be picked and placed on your breakfast, lunch and dinner plate.

Do you have times of the year when your garden isn’t as productive as you’d like?

This past year we took a HUGE leap forward by starting to grow year-round, and we took two steps to get there.

After making taking these two steps, we cut our grocery bill in half because of the amount of food we have been able to grow. On average the bill has been cut in half, but really it has been on a steady decline ever since we made these changes this past winter.

The first step we took was to set up “mini hoop house” frames on two of our raised garden beds.

We did this so we could drape frost cloth over them during a freeze in order to ensure our cold-hardy plants didn’t get too cold and die. Since we are in Texas, we just used frost cloth that increased the temperature about 3 degrees. It is super rare for us to experience temperatures in the teens, so this worked just fine.

We started by placing rebar at the beginning and ends of the beds as well as at about 2.5 and 4.5 feet. Then, we slid PVC pipe over the rebar and bent it to slide it over the rebar on the opposite side of the bed. This definitely took two people, so you’ll want some help with this step.

At first, we simply used firewood to hold the frost cloth in place. In the future, we might just “fancy” it up by adding some clips. 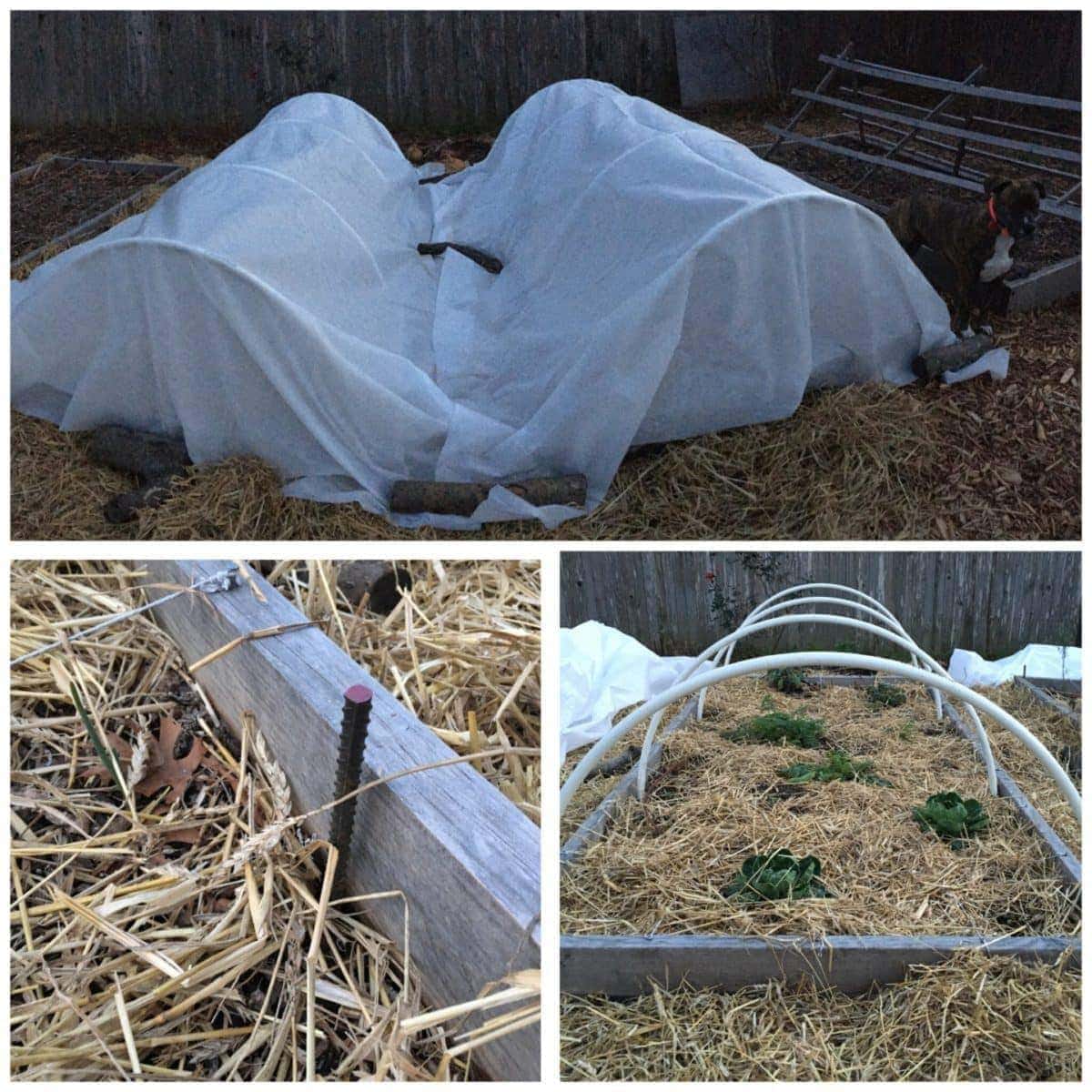 If you are even a little bit further north, you will most likely need more coverage than just the frost cloth. I believe most farmers further north use 6 mm plastic cover in addition to frost cloth.

Elliot Coleman is THE guru on gardening through the winter. I have read his book, The Winter Harvest Handbook: Year Round Vegetable Production Using Deep-Organic Techniques and Unheated Greenhouses, and listened to him talk at a Mother Earth News Fair and this guy knows his stuff. If you are further north than Texas or live somewhere that has temperatures in the teens or, dare I say, lower, you’ll want to check out his book.

The second step we took was starting seeds inside.

Now that we’ve started I don’t think I’ll ever go back. We continuously have new plants on a rotation so that we are always prepared for the next growing season.

When we first set up grow lights, a shelf, seed trays and seed starts, it was to get a head start on spring plantings so we didn’t have to wait until the last chance of frost outside. This was super helpful at the time, but I had no idea it was going to be SO helpful year-round. With the crazy hot summers we experience in Texas, having a place to start seeds inside has allowed our summer and fall plants to get established without the stress of the insane heat outside. 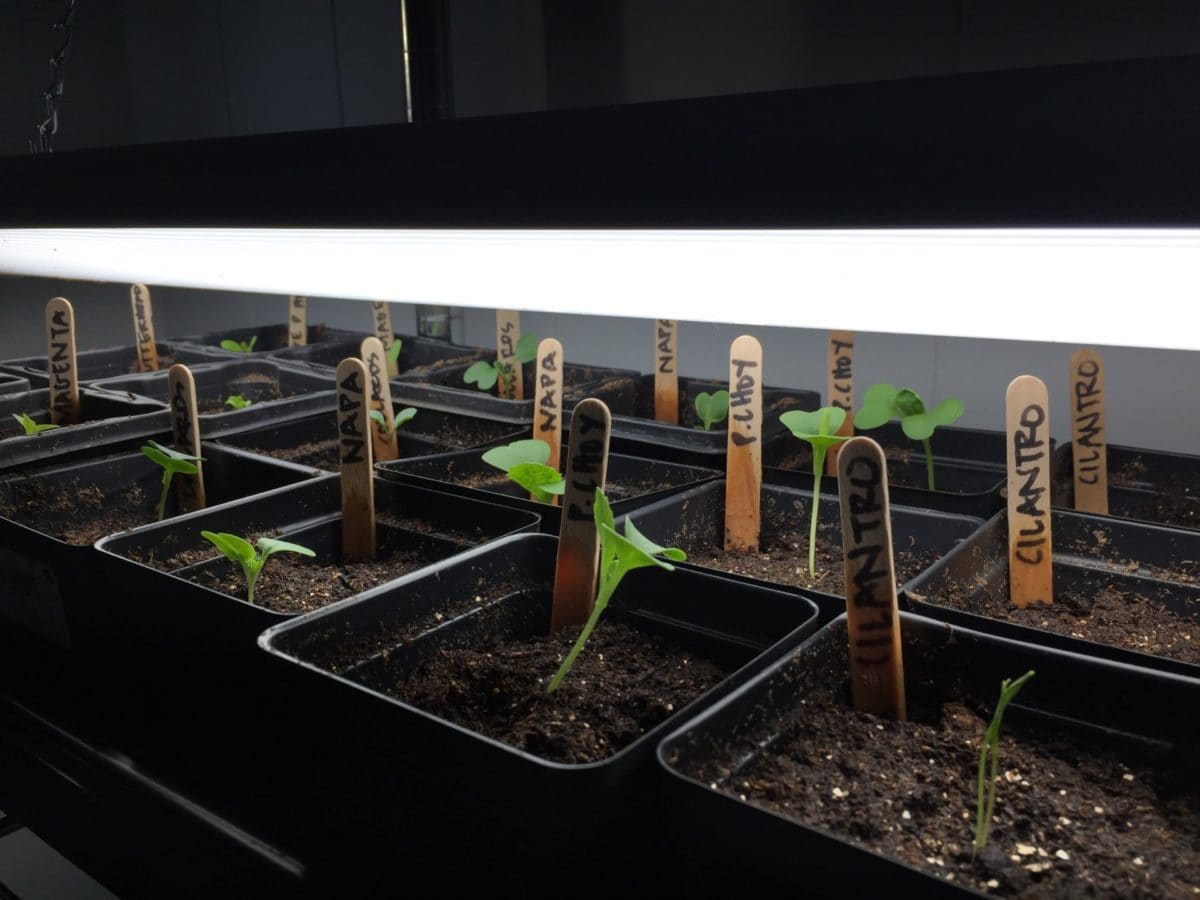 Additionally, you don’t have to worry about those pesky (insert your garden pest here!) squirrels (for us – they will dig up our seeds to plant their nuts). Wind, rain and other weather conditions are no longer a concern either. A few springs ago, it rained and rained and rained (we thought it might not stop!) and keeping seeds in the ground to germinate was quite the challenge.

When you start your seeds inside, there are fewer variables to get in the way of  your garden successes. This also means that the plants are stronger when they do get transplanted into the garden and are therefore less likely to end up with a disease or major pest problem. 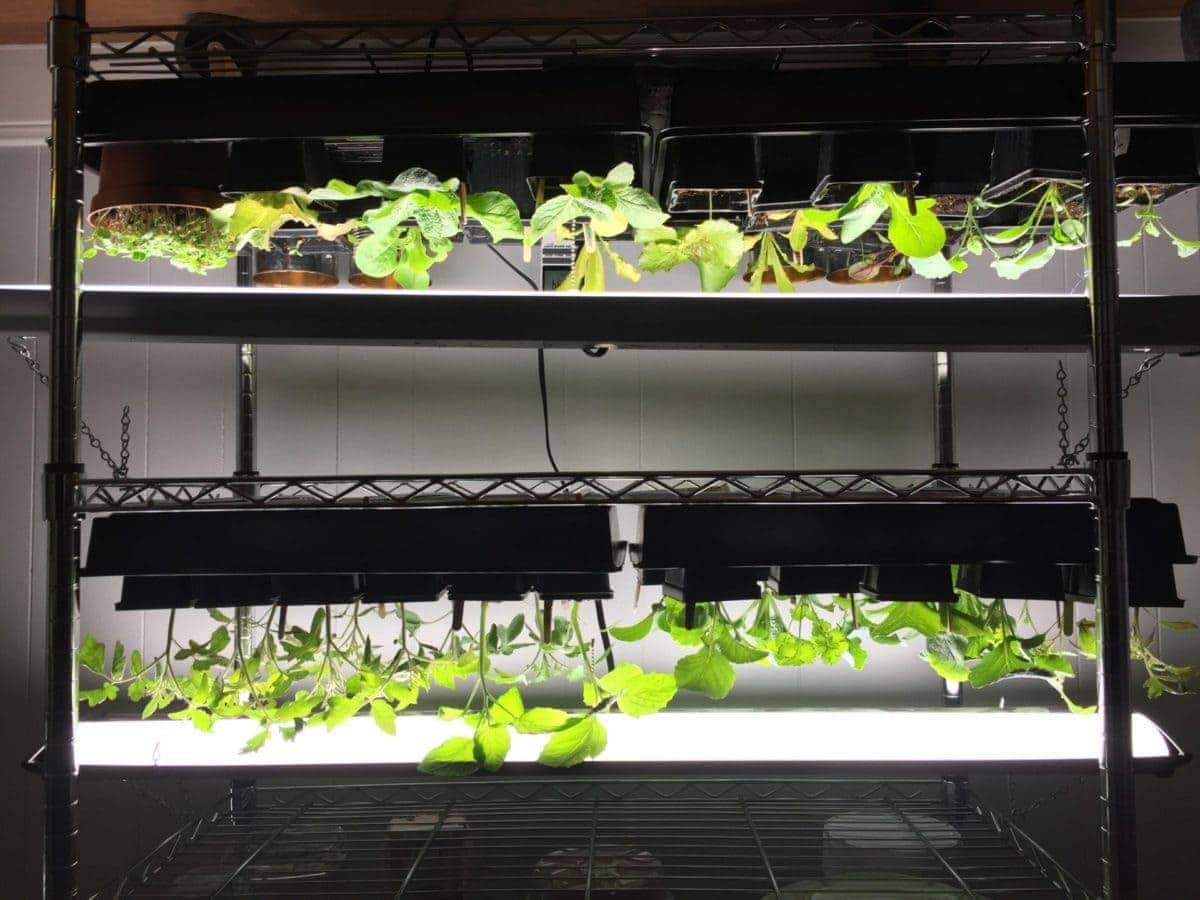 If you want to start gardening year-round, these are the two steps to take your garden to the next level!

Success! Now check your email to confirm your subscription and receive your Plant Families spreadsheet!

Hi, I'm Kara Bova, and I'm working on a goal to grow the majority of my family's produce. Read more...